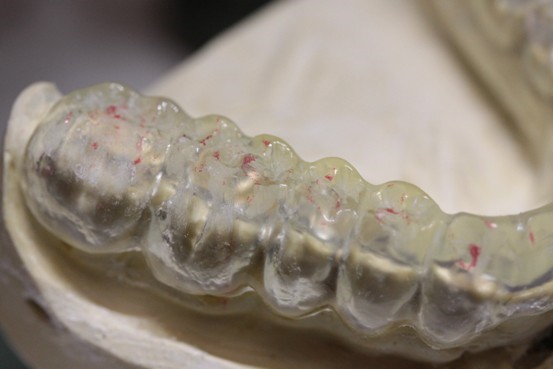 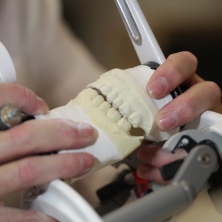 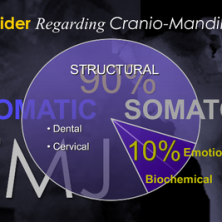 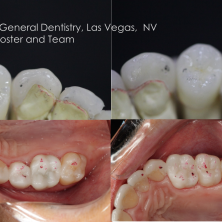 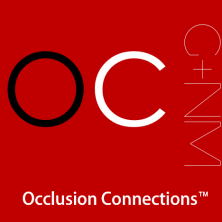 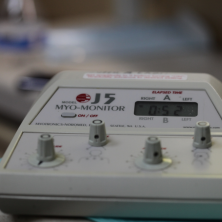 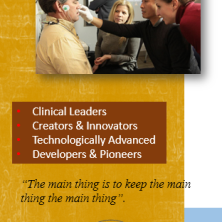 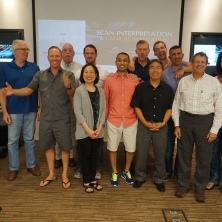 The K7 electromyographic scan 11 clench test is able to record the patients ability (quality) to clench and recruit the masticatory muscles (temporalis anterior and masseter muscle groups are recorded).  Higher sustained amplitude readings are a good indicator that the muscles are able to function.

Left window –  The first to burst of EMG recordings show poor (low amplitude) muscles clenching recruitment when the patient clenches in their habitual occlusion.  The third and fourth clench is with wet cotton rolls placed over the natural teeth.  These measurements indicate masticatory dysfunction and also quantifies a patients level of functional impairment before treatment.

Right window – The same patient is able to show improvement muscle recruiting ability with the GNM orthotic and with cotton rolls used as a control.  This shows improved functional quality and no functional impairment.

EMG Studies of Bite Force in Patients with Functional Disorders

Occlusion is the ACT of closing.  One’s occlusion (bite) can be supportive toward functional health or it can be destructive toward physical functional impairment and dysfunction.

“In a carefully controlled study of voluntary isometric biting forces at maximal and submaximal levels, Molin (1972) demonstrated that there were “progressively increasing force differences between the (control/healthy subjects and patients with mandibular pain dysfunction syndrome (MPD).  The joint study conducted at University of Karolinska and University of Gothenberg in Sweden concluded that “the patients generally produced only one half to two thirds of forces produced by the control subjects.”